The Girl on the Train by Paula Hawkins

Home » Book Reviews » The Girl on the Train by Paula Hawkins

I didn’t know anything about The Girl on the Train, other than that it was a very popular book and a lot of people were reading it. That seemed to be a good enough reason for me to read it too. And I wasn’t disappointed!

I’ll be very careful not to give too much away, as this book is all about the twists and turns – and there are a lot of them.

Every day, Rachel catches the commuter train to London. It stops at the same signal every day and she looks into the same gardens. She envies a couple she sees there and has even made names up for them – Jason and Jess. They look so happy and she wishes she could be as happy as them.

But one day she sees something which shocks her and changes everything. This is Rachel’s chance to become a part of their lives.

The Girl on the Train is told from the point of view of Rachel and two other women. Their stories are gradually revealed, building up to a very satisfying ending. This is a fantastic British thriller about the lives of a very ordinary, flawed bunch of people.

It reminded me a lot of Gone Girl, although I couldn’t quite put my finger on why. Maybe it’s because it’s all about ordinary people and their relationships. Like Gone Girl, The Girl on the Train is being made into a film.

I now know why so many people were reading The Girl on the Train. If you haven’t read it yet, get on board (see what I did there)! Read it before you watch the film. 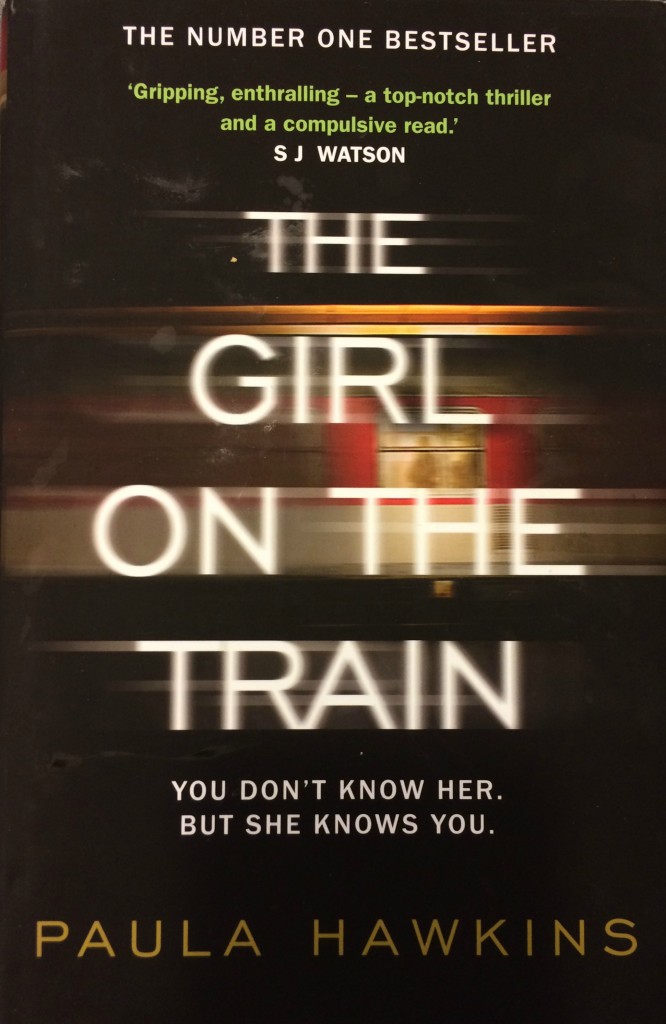