What she wore: Vertbaudet dungaree dress

Home » What She Wore » What she wore: Vertbaudet dungaree dress

I bought a lot of clothes from Vertbaudet back in the day. I first discovered them when my boys were 3 and 1 and they had a fair few cute outfits from there. Not long after, I became pregnant with my daughter and my small maternity wardrobe was entirely Vertbaudet! It was way more stylish and classy than maternity clothes from anywhere else. Needless to say, my baby girl had lots of Vertbaudet when she was born too.

This carried on until she was 2 or 3, then suddenly I forgot about Vertbaudet. I’m not sure why.

But my daughter and I recently took a look at the website and I remembered how much I loved their clothes, even though my daughter is now much older. They do layering very well and create unusual, but stylish outfits which can be worn in a number of ways. And, best of all, they look more expensive than they actually are!

The first thing my daughter chose was this denim dungaree dress, which costs £17. She hasn’t worn anything like this before, but I think it’s the nicest piece of clothing she’s had in a long time! 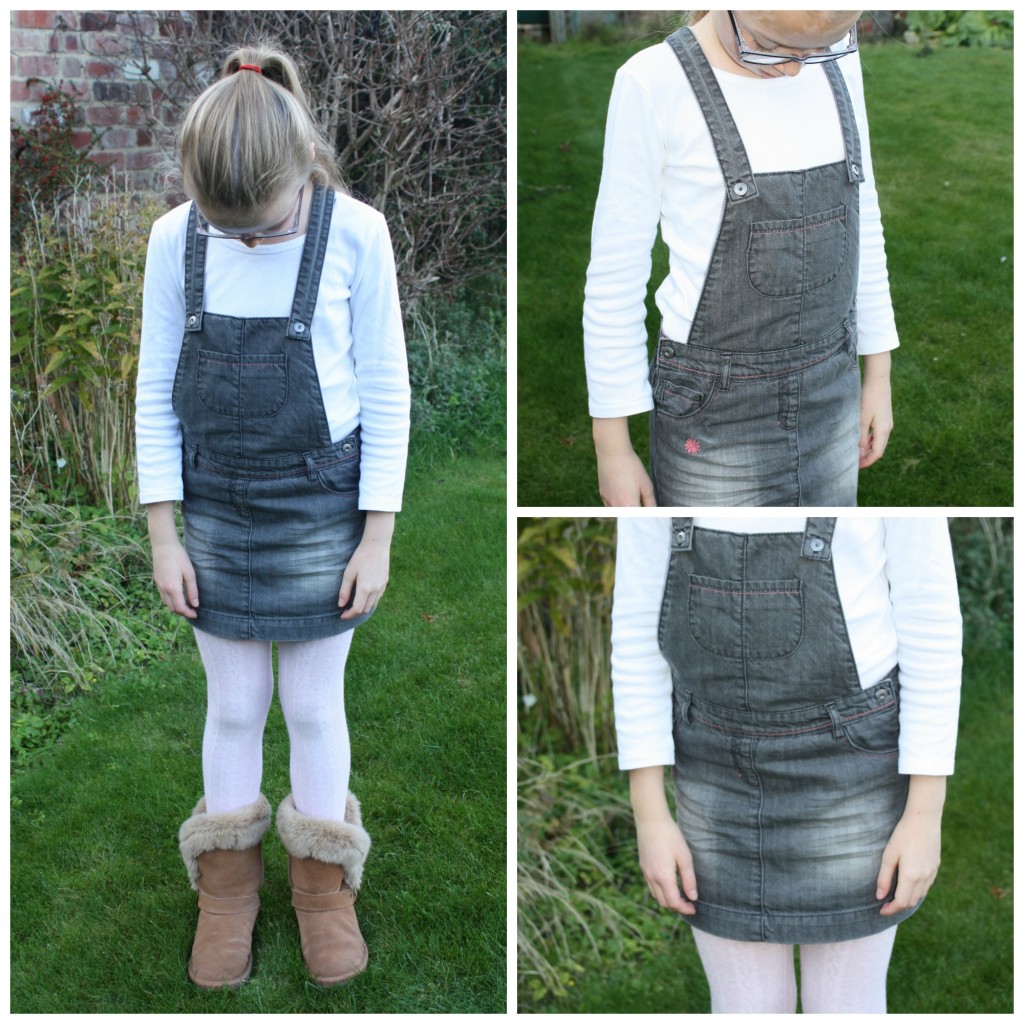 All the button are poppers, so it’s really easy to put on for younger children (too easy in fact, she keeps trying to undo the buttons in the conventional way!). The straps adjust at the back, but we could have done with them coming up slightly higher. Maybe as this is an age 10 dress it’s slightly too big for my daughter? (Although the length of it would suggest otherwise!)

My daughter wore it with a white long-sleeved Tshirt from Next she found buried at the bottom of her drawer. Goodness knows how long she’s had it, but it’s age 7, so I guess it’s been a while!

She also wore it with these pink cable knit tights (the colour doesn’t show up very well in the pictures!) from Next and her Next warm boots, which were last year’s and I’m pleased they still fit her.

I thought she looked lovely in it. Sadly, she was so pleased with how it all went together that she refused to wear either a cardigan or coat with it. (I thought this phenomenon only started when they were at secondary school?) She was apparently ‘not cold’.

The dress would work with pretty much any colour at all. I could imagine it with navy or red, so it will be interesting to see what combinations my daughter comes up with over the next few weeks! 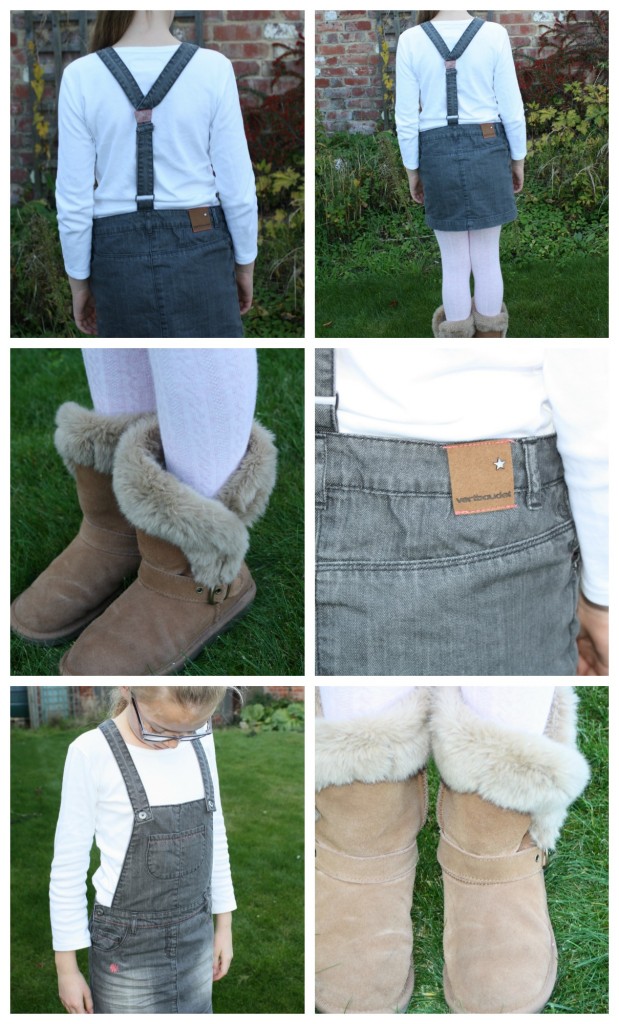