A few weeks ago, while I was away at the MAD Blog Awards, my husband managed to convince both boys to join him and my daughter on the Parkrun. Ever since, I’ve been trying to persuade them both to join us again. While my eldest had done a couple of runs, alternately encouraging daughter to beat her PB and running with the sole purpose of irritating her, we haven’t managed to drag my younger son out of bed.

But the other day it happened! I’m not sure if it was my eldest’s friend coming round early in the morning to join the Parkrun party, if my son was feeling sufficiently rested or if his competitive spirit took over, but my young son decided to join us.

For the first time in ages, it was my turn to run on my own (under 11s always have to have a grown up with them and we take it in turns to run with my daughter). I was looking forward to running fast, putting my orthotic insoles to the test and trying to beat my PB. My son’s friend and I both had our eye on the 24 minute pacer to help us.

I set off quickly, but not so quickly that I didn’t lose sight of both the 24 minute pacer and my son’s friend almost immediately. But I was running well and my leg felt comfortable, thanks to all my exercises and the magic insoles.

I was about half way round when I felt this sudden panic about my younger son. At 11, (as he was then – he’s just turned 12) he didn’t need to have an adult running with him, but I wasn’t sure how he would get on with running on his own. Although he’s a big, strong boy, he is actually the most nervous of my kids in some situations. He was also feeling cold before the race started and feeling cold is always bad for my son.

My app was telling me I was on course to beat my PB, but I didn’t. I was actually 30 seconds off it. My son’s friend had beaten me by three minutes and his PB by two minutes. There’s no way I would have ever managed to keep up with him.

I went to wait for my family to finish. The first person I saw was my younger son. And he was sprinting. He sprinted all the way to the finish line. He was followed by my eldest and my husband, with my daughter and her best friends seconds behind them. The two girls desperately tried to beat a lady running with a dog, spurred on by both me and my daughter’s friend’s dad, but the lady with the dog was having none of it! They sprinted to the finish line, though, and it was lovely that my daughter’s friend let my daughter cross the line before her. She was running much slower than usual, but she knew my daughter was close to her PB, so it meant much more to her to cross the line first.

The Parkrun results emails, which come through about lunchtime, are always a real highlight of a Saturday. We digest all of the information in our own emails, then go on to the results table to analyse them further!

Like me, my daughter didn’t beat her PB, but we both came pretty close. I cam 4th in my age category, which is always the big thing for me and my daughter came 2nd in hers! She usually comes 5th, so that is a real achievement for her. Both boys beat their PB, completing the run in under 30 minutes, with my younger son finishing 18 seconds ahead of his brother. I think they both have the potential to knock a few minutes off their time.

I was very proud of my family for their times, but mainly I was proud that they all managed to get out of bed and do some exercise on a Saturday morning! Here’s hoping it’s not the one and only time it happens. 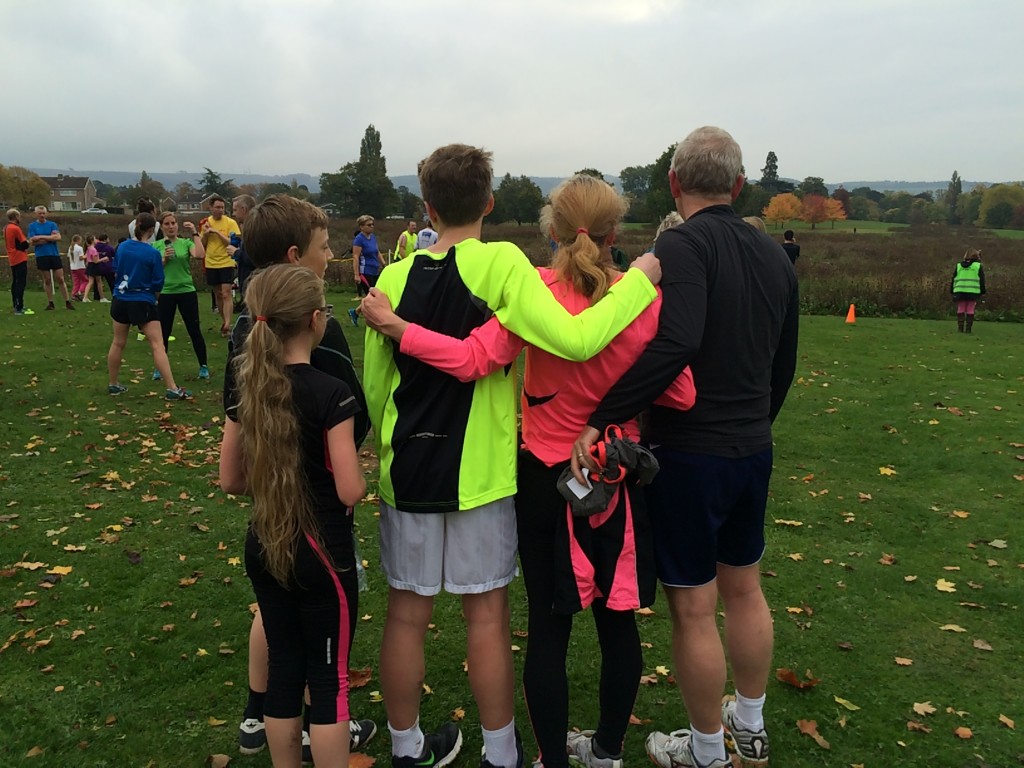