It’s Britmums Live day and I have that familiar sick feeling in my stomach, a mix of nerves and excitement, which means I’m going to struggle to eat my breakfast this morning. I’m not nervous about walking into a room of 700 people, some of whom I know, many of whom I don’t. I can do that. I can chat to people, make friends, meet friends. Or I can be on my own for a while, that’s fine too.

No, I’m nervous about being away from home.

I never leave my kids, apart from Britmums Live. I’ve never once had a girls’ holiday, or even a girls’ weekend. I’ve only once in 14 years as a parent been away with my husband without the kids – for two nights in Amsterdam.

So leaving the kids is a big deal.

Silly, I know. Leaving my own kids with their own father who loves them just as much as I do and would never see them come to any harm. But he doesn’t know stuff like me. I’m the one who organises the kids and runs the house (although my husband does do a very good job of cleaning the kitchen, for which I’m very grateful).

Without me, they’ll be panicking because they’re running late and they don’t know where their kit is. Their meals will be late (and unaccompanied by vegetables). My husband will forget to make them drinks and they will forget to ask/ make them.

Without me, bedding and towels would never get washed. What?! You mean bedding and towels get washed? Who knew? Without me, clothes would make it into the laundry basket (well, my husband’s and daughter’s would at any rate), but they wouldn’t actually make it into the machine until my husband got up and found he had no shirt/ socks/ pants. Soap, toothpaste and toilet rolls would run out. (Biscuits probably wouldn’t.) Recycling would pile up in the garage. Because what day does the recycling go out, anyway? My husband has never once put it out. Like the sheets and towels, it’s something that happens magically while he’s at work.

How will they cope without me?

They’ll have a good time, that’s for sure. Bedtime will almost certainly be later. It’s possible Daddy will fall asleep on the settee before the kids are in bed (likely in the case of my eldest). Tea will almost certainly come from the chip shop (ironic as my husband is much better at cooking than me and always cooks at the weekend). It probably won’t be accompanied by a drink (unless my husband and younger son have a can of Coke from the chip shop).

He will manage and so will the kids, It would be nice to get back to an organised household tomorrow, but three kids and a husband all alive is the most important thing!

Three kids! I will get to see my younger son for the first time since he went away on Monday. I’ve really missed him and it’s hard knowing he’s getting home today and I won’t see him. But it will be brilliant when I see him tomorrow.

It’s all fine. I need to stop feeling sick and anxious and just enjoy myself.

If you’re going to Britmums Live, I’ll see you there! I’ll be the one dressed like this. 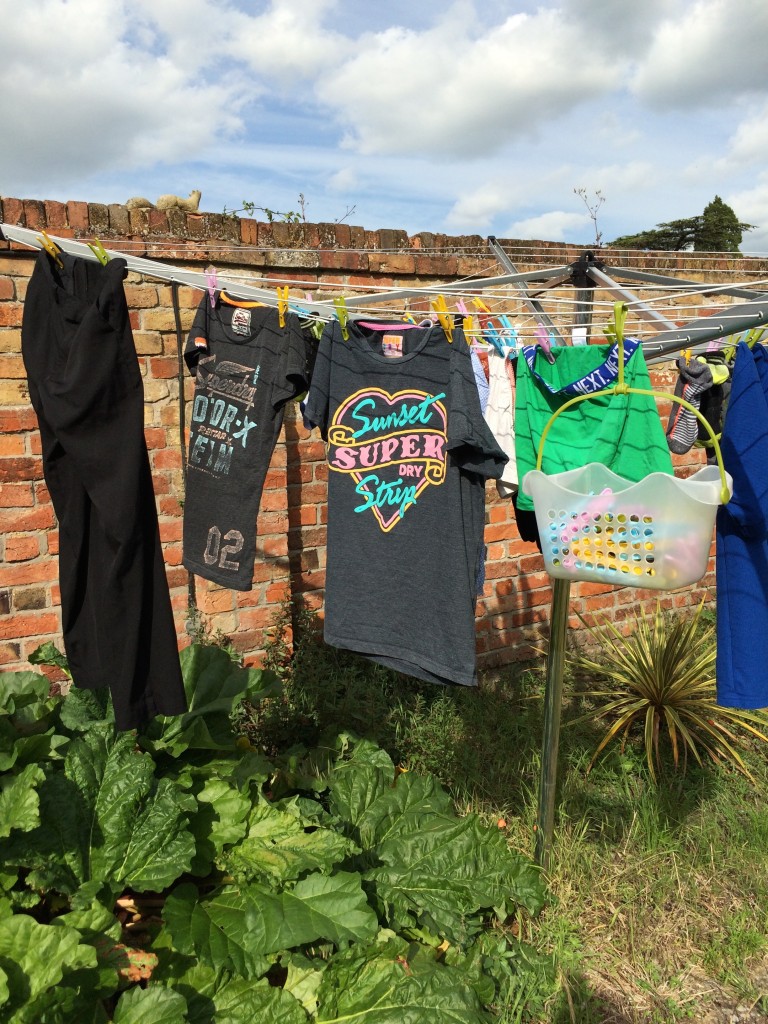 Will he remember to get this in?