Turning into my husband

Home » Family » Turning into my husband

Sometimes, my husband is just like a big kid. He is physically incapable of ignoring a football. If one comes near him, he can’t just knock it back, there have to be tricks involved. When there’s a football nearby, he forgets he’s a 41 year old father of three with his own company and a very demanding workload. Suddenly, he’s an 11 year old boy again.

And it doesn’t just stop at footballs. He’s obsessed with theme parks and rides. I’ll be honest, we rarely go to theme parks, but he’s forever planning theoretical visits and you know that, deep down, those visits are for him, not the kids.

When the kids were tiny and we went on holiday to Center Parcs or Disneyland Paris, he would go out on his own in the evening, just to go on the rides or the waterslides. Just because he could. They were there, he was on holiday and he couldn’t ignore them. To go on them was almost a compulsion. As the kids got older, he started taking them out with him too, leaving me in with whichever one or two kids was too young or too nervous to go out in the evenings.

At Center Parcs in the daytime, he’d be off with the boys, endlessly riding the Wild Water Rapids, leaving me bobbing around in the shallow end with my daughter, who just wanted to swim under water for hours. I wanted to go on the rapids too, but somehow it was never my turn. I was destined to be forever the one left behind, doing the boring stuff, while the biggest of all the kids had as much fun as he could possibly squeeze out of everything.

Fast forward to 2015 and our most recent holiday to Center Parcs and suddenly my daughter no longer wanted to hang around the shallow end. Suddenly she wanted to go on the rapids all the time too. So I could join in!

We went on the Wild Water Rapids over and over again. It was so much fun that I can hardly describe it. I could completely let go. I was young again. I was the big kid. I felt like I was just the same as them. 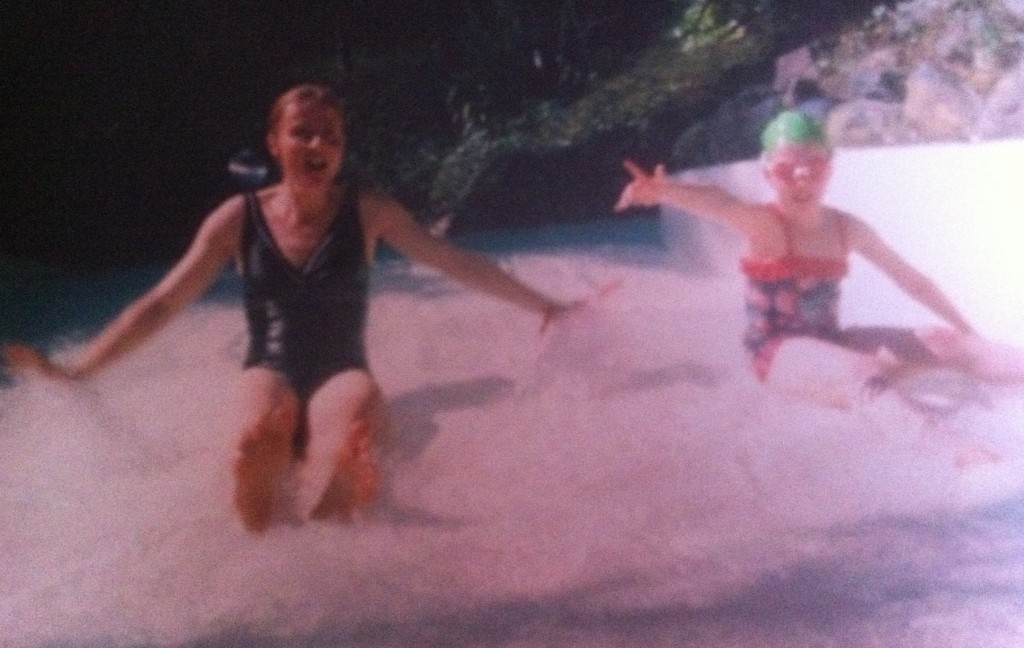 It’s all too easy for mums to get stuck in the rut of thinking they can’t join in with the kids. To decide they don’t want to do something without really giving it a go, to think they’re too old or that it’s somehow just not ‘right’ for grown women to join in. Who says so? Why do we fall into that trap? I knew I was falling into it and I knew I didn’t want to fall into it. I still want to enjoy life, I want to do what my kids do, I want to have fun and I want them to see me having fun, I want to enjoy spending time with them.

So I went on the rapids, and I also tried a couple of things I’d always been scared to try before. Why? Why was I scared? This isn’t Bear Grylls Mission Survive for flip’s sake, it’s Center Parcs! So I went on the very steep, very fast ‘piste’ slides and hit the water with a huge splash and a nose full of water. And I loved it. And I went in the freezing cold plunge pool, so beloved of tweens, teens and grown men as a means of showing off. It was cold, I didn’t love it, but I did it! I broke out of the ‘mum mould’, the shackles that said I can’t do that just because I’m 41 years old, a woman and a mum. If dads can do it, why can’t mums?

I realised I was turning into my husband and I realised I was having the best fun ever. I’m going to make the most of my kids and of having the energy and enthusiasm to do things with them. I’ll slow down when my body says I can’t do it any more, not when my mind says it’s somehow not becoming for a mother.

And my husband? He got a bit bored. He’s done the rapids so many times over the years that he’s kind of over it now.