Football: Coach’s Player of the Season

He’s strong and fast and reads the game well. This season, he’s come out of defence (where he was good, but never really wanted to be) and has become a striker. He’s scored 20 goals this season, making him his team’s equal top scorer and the fourth equal top scorer in the league.

He’s been playing football since he was 7, always for the same team. Very soon after he joined, my husband took over as manager and coach of my son’s age group, and has been coaching them and running the team ever since.

Players have come and gone. They’ve had good seasons and they’ve had bad seasons. The current season was so much better than the previous one. They finished sixth out of 10 in the league. They could so easily have finished third, but sixth is good. It’s not bottom of the league and many points adrift, as they have been in the past.

When you’re the coach’s son, there’s an unwritten rule that says you don’t win a trophy. Because that would be favouritism.

But they’re at under 11s now, they’ve had trophies since under 8s. My son is one of very few players that has been around that long. Oh, and did I mention that he’s good?

So there lay my husband’s dilemma. He genuinely felt my son deserved the coach’s player of the season trophy, for so many reasons. But he still felt uncomfortable saying it out loud. He wanted someone else to say it. He has three assistant coaches. One of them nominated my son. So that made it two people supporting him. That was enough for him. He was going to choose his own son. And rightly so.

At the presentation, my husband talked about what a good season the team had had – scoring 76 goals, winning 12-o, winning 8-7, 10 kids getting their names on the score sheet… Then he handed over to the assistant coach to announce the winners.

Coach’s player of the year – my son.

It might have taken over four years, but finally he’d got the recognition he’d deserved for a long time. 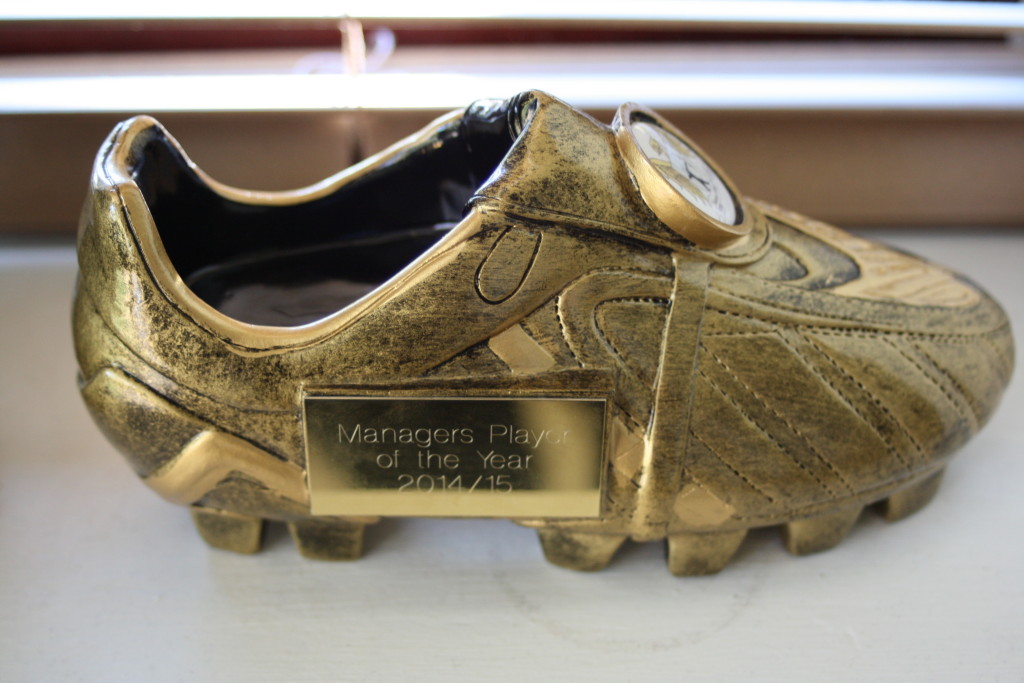