After Boxing Day, we would head up to my in-laws’ in Cheshire. Having already spent Christmas Eve and Christmas Day with my family, that was adding up to a lot of time with extended family and not much time with immediate family. The arrival of my niece on 27th December, meant that was an extra day spent with my family, plus a later trip up north to the in-laws.

So we took Boxing Day back. For ourselves.

Christmas is a long break and supposed to be spent with family, but the time flies when you’re rushing around seeing extended family, and you realise you haven’t spent any time with the people closest to you. In reality, with my husband working such long hours and my kids always working hard on their various sports, we spend very little time together. There’s only really holidays.

We wanted to have a special day.

My husband always likes to think big. He came up with the idea of going to London. I didn’t really want to travel as we would be travelling again a couple of days later. My younger son was still struggling to get over his virus and struggling to eat. He didn’t need to travel. My husband suggested we could get up at 6 and go and we would be in London by 8.

At 9.30 on Boxing Day, they all got up. There was to be no rushing to London. We just needed a rest and to do something low-key.

Generally, I can’t stand bowling – it’s so damn noisy, but a new bowling alley has opened up in town, which is much smaller and quieter, with nicer decor. We’ve got quite into bowling lately. So we started the day with bowling. It was lovely and quiet. The only downside was my daughter moaning because she was losing. She’s not keen on losing and doesn’t see why she would lose to her big brothers. I’m not sure my husband was keen on losing to them either! We had our lunch at the bowling alley, which was slightly disappointing, if I’m honest. Then we went to the cinema to see Annie. My boys hated it, but my daughter thought it was the best film she’d ever seen – not surprising as you can’t beat little girls singing and dancing in her world.

We would have gone out for our tea too, but we were too stuffed. So we went home and watched TV together. We don’t generally even watch TV together.

It was a relaxing day and a good chance to recharge our batteries in the midst of all the Christmas rush. Our family day on Boxing Day is our new Christmas tradition. 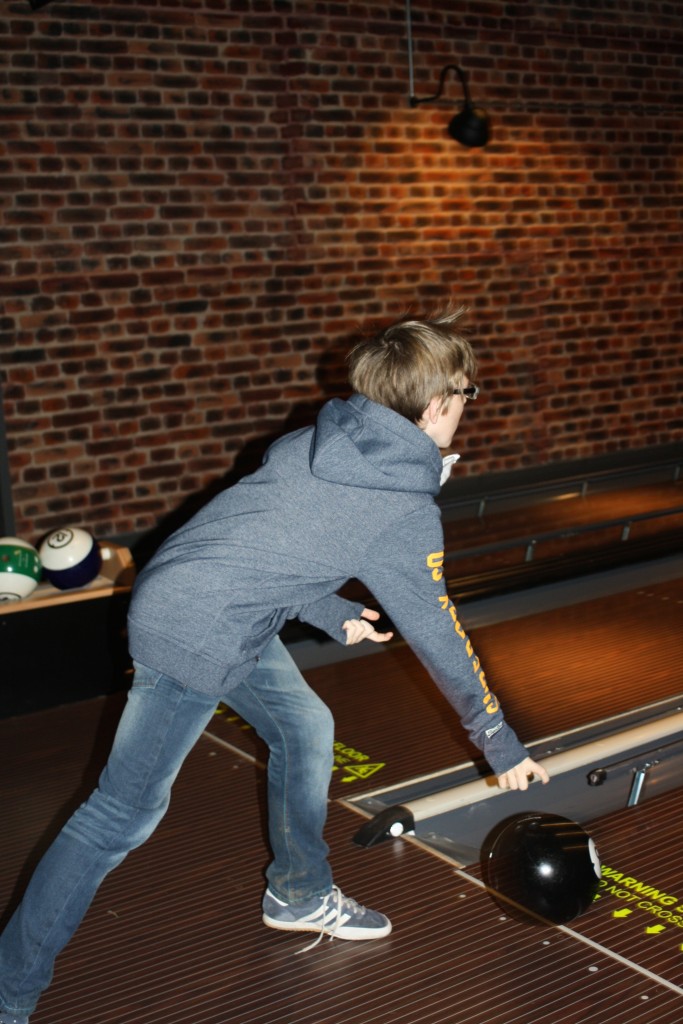