Our primary school has quite a competitive house system. All the kids are given a house when they join the school, with younger siblings following their big brothers and sisters into the same house. Even the teachers and TAs have a house.

Sports day is all about competing for your house – and there’s a trophy for the winning one. The annual talent show is all about the house too – and my kids’ house has won it for four consecutive years. (I like to think my daughter’s place in the final over the last two years has played a part in that.)

No it just so happens that our house colour is yellow. Yes, YELLOW.

It’s not the easiest colour to find, buy or wear. People used to bend the rules a bit – especially the year 6s. They would just treat it as any old non-uniform day, but the school is clear – it needs to be a yellow day.

Cue lots of parents stressing on Facebook over a lack of yellow clothes. Yellow is a particularly difficult colour to come by at this time of year. But our house wins all the time – it would be worth investing in a yellow Tshirt because the kids will always need it again.

In our family, there is no such stress. Because for most of his life, my younger son’s favourite colour was yellow. So whenever we saw a yellow Tshirt or yellow hoodie in the shops, we bought it for him. He even had a few yellow coats over the years. So my daughter has a bottomless pit of her brother’s old yellow clothes to wear.

But my son has actually stopped wearing yellow clothes now. Last week he managed to squeeze himself into a 9-10 hoodie he’d had since he was 7. I think we might need to invest in a new one for him in time for the next yellow day!

This photo was taken about 18 months ago on yellow day. 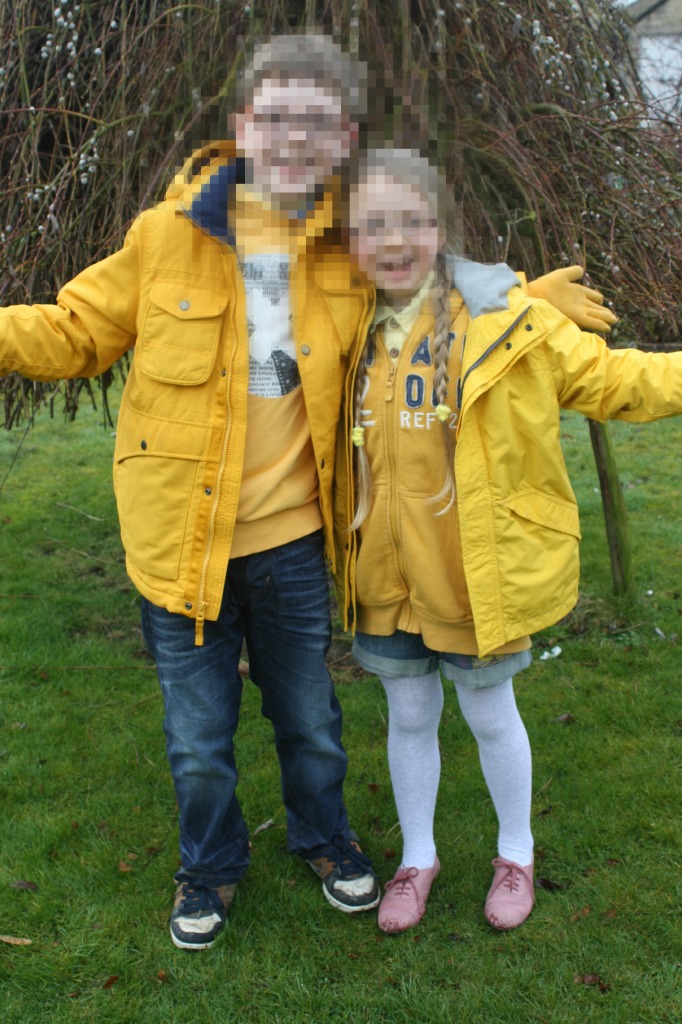 This post was written in response to a prompt on The Gallery over at Sticky Fingers.