I count myself lucky that my kids have never given us sleepless nights, but what they’ve always given us instead is endless hassles in actually going to bed in the first place. I’ve never been that good at getting them to bed and maybe that’s where the problem started. Even as babies and toddlers they went to bed about 8.15 as I didn’t get home from work until 6. Somehow it just wasn’t possible to get them in bed any earlier.

By the time we moved house, nearly a year ago, it was common for my boys to be up until 10. I had high hopes for the new house. They would have separate rooms. They would be on a different floor to us – so wouldn’t be disturbed by the telly or people in the kitchen.

How wrong I was.

What they got instead was vastly superior to sharing a room in a bungalow. They got the ability to hide from us.

We have set bedtimes of course, but they are a complete joke. I don’t believe anyone has kept to them ever.

My daughter’s is 8.45, my younger son’s is 9 and my eldest’s is 9.30. My wonderful theory is that they will actually be in their beds 15 minutes before this reading. Yeah, right. 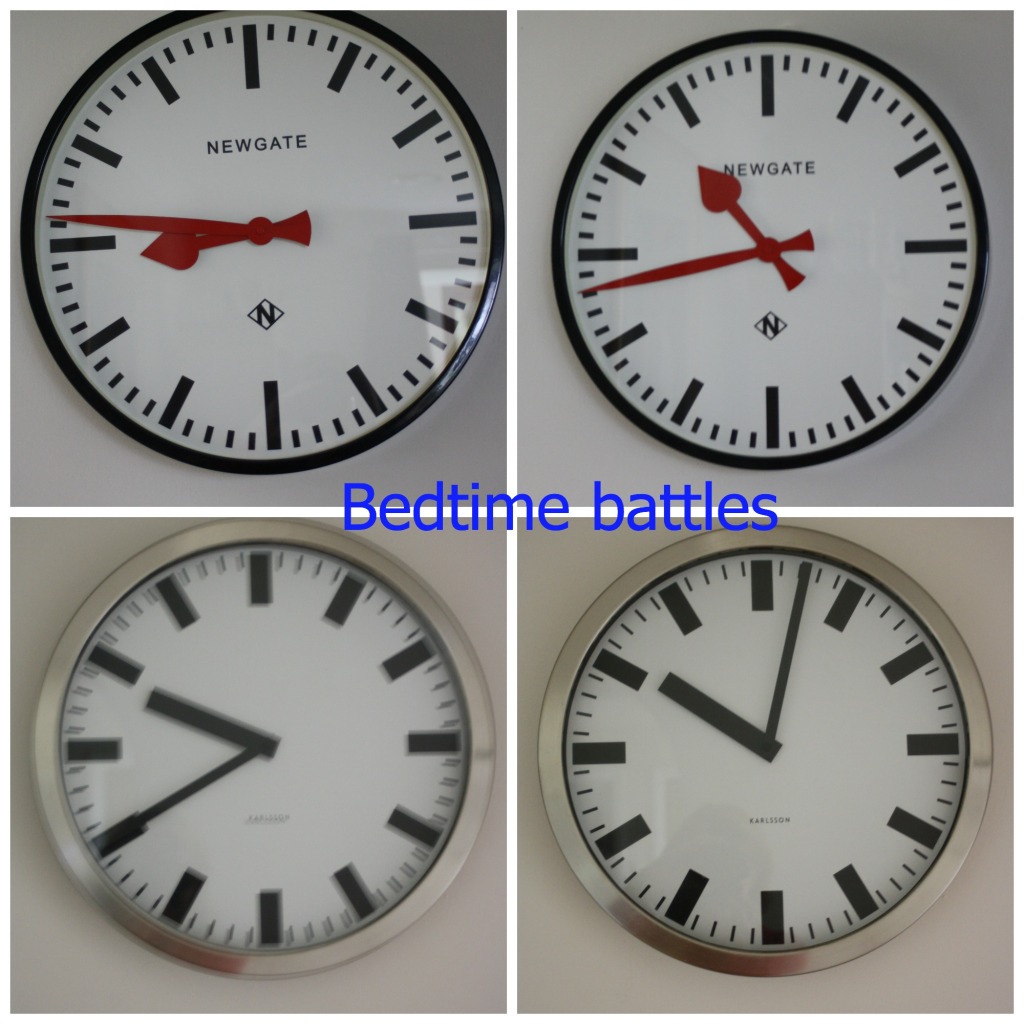 Once in bed, my younger son will usually be back out again several times and will often still be reading at 10.20. At this stage, my eldest will generally be sat on the edge of his bed, still fully dressed, watching TV and fiddling with his Kindle. I will remove the Kindle and his phone and tell him to go to bed. About 20 minutes later, he will come down for  a drink. I will look in on him as I go to bed and, more often than not, he will be under the covers reading with a head torch on. By this time it is somewhere between about 11 and 11.20.

My son is at that teenage stage where he is desperate to be as cool as everyone else. He wants to watch horror films and he wants to stay up late. He asks why he has to go to bed at 9.30, because everyone else goes MUCH later. I’m not sure that he’s noticed that he never, ever goes to bed at 9.30. To have him asleep by 10.30 is a rare achievement. I’m also not sure if he’s aware that teenagers lie. There are almost certainly kids his age who go to bed at 9 and are terrified of their friends finding out, so they say they go at 11.30.

At weekends and in the school holidays, they have later bedtimes. It’s 9.15 for my daughter and 10 for the boys. Theoretically.

At weekends, my daughter’s powers of procrastination really come into their own. She loves the XFactor (and any other sort of Saturday evening TV talent show) and there is no way we will ever get her into bed before the end of it. I suggest she at least does things like brush her hair and her teeth in the adverts so she is properly ready for bed when it finishes, but that doesn’t happen.

With all the kids’ sport, we actually have to get up quite early at the weekends, so I’m not sure we should even have special bedtimes. But what do I know? I’m only their mum. Nobody listens to me.

Apart from not being good for them as they’re clearly not getting enough sleep (it’s not easy to get them up in the mornings), it’s not great for me either. I spend my evenings walking up and down stairs moaning at them. I have tried ignoring them and leaving them to their own devices, but without my gentle reminders they will just go to bed even later. It’s not easy to relax or settle down to watch something on television with this going on, so I rarely do. And you know how lots of people who work from home work in the evenings? That’s never going to happen for me.

I’m fed up of it, it’s been going on for far too long, but I don’t know how to put a stop to it. Does anyone have any suggestions?