The Whisper of Stars by Nick Jones

Home » Book Reviews » The Whisper of Stars by Nick Jones

The book is set in 2091. It is a bit of a thriller/ sci-fi hybrid, but don’t let that put you off (I don’t do sci-fi). The prologue is set in Cheltenham, a place close to my heart, and GCHQ – that’s the Government Communications Headquarters, which really is based in Cheltenham.

At the end of the 21st century, humans are living to 140 and the population has grown out of control. The solution is enforced human hibernation. Jen Logan is a tough cop who is tasked with enforcing hibernation. But then she discovers a secret buried deep in her memory and, working with an unlikely ally who is almost certainly based on the author, she sets out on a dangerous journey to uncover the truth. She doesn’t know who she can trust – and with the advances in technology, not even her thoughts are safe.

I was really fascinated by the world Nick Jones had created, which is so different from

The Whisper of Stars is a fast-moving story, which I devoured. I really hope it gains some momentum and lots more people have a read.

You can find out more about the author at www.iamnickjones.com 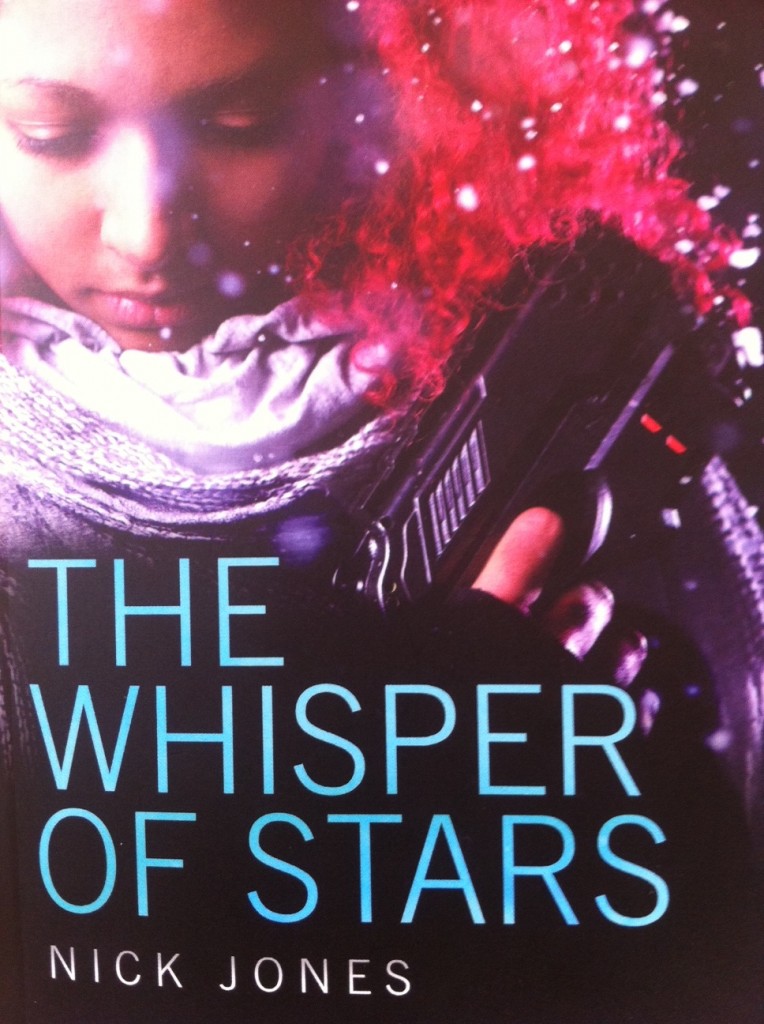