What she wore: hiking

Home » Daughter » What she wore: hiking

Regular readers of my daughter’s fashion posts will know that she likes to look immaculate. All the time. Seriously, she looks as polished as that whatever day of the week and whatever she has planned for the day. She made me laugh when she was off sick from school earlier this year and actually put on a brand new, unworn outfit (it was this exact outfit)!

But she’s also a sensible girl. She’s never been one to play football in a fairy dress, if the occasion calls for a different sort of outfit, she wears it. So she wears a tracksuit for dance classes and if she’s kicking a football round in the garden with her brothers, she’ll put on a football kit.

This year she has done two massive walks – she has climbed Snowdon and she has walked nearly nine miles of the Cotswold Way for Emma’s Army. Not bad for an 8 year old! There was no way she was doing those in a smart Next playsuit! So she had to be properly dressed.

We went to Mountain Warehouse and picked up these grey, lightweight, unisex hiking trousers for a bargain price. In fact, they were so good that my younger son and I had the same sort too (I got mine from the kids’ section – result!). The right footwear was very important and she chose waterproof, lightweight walking shoes, rather than heavier boots, as they felt more comfortable. She also got some thick, warm walking socks so that her boots fitted comfortably throughout the walk. 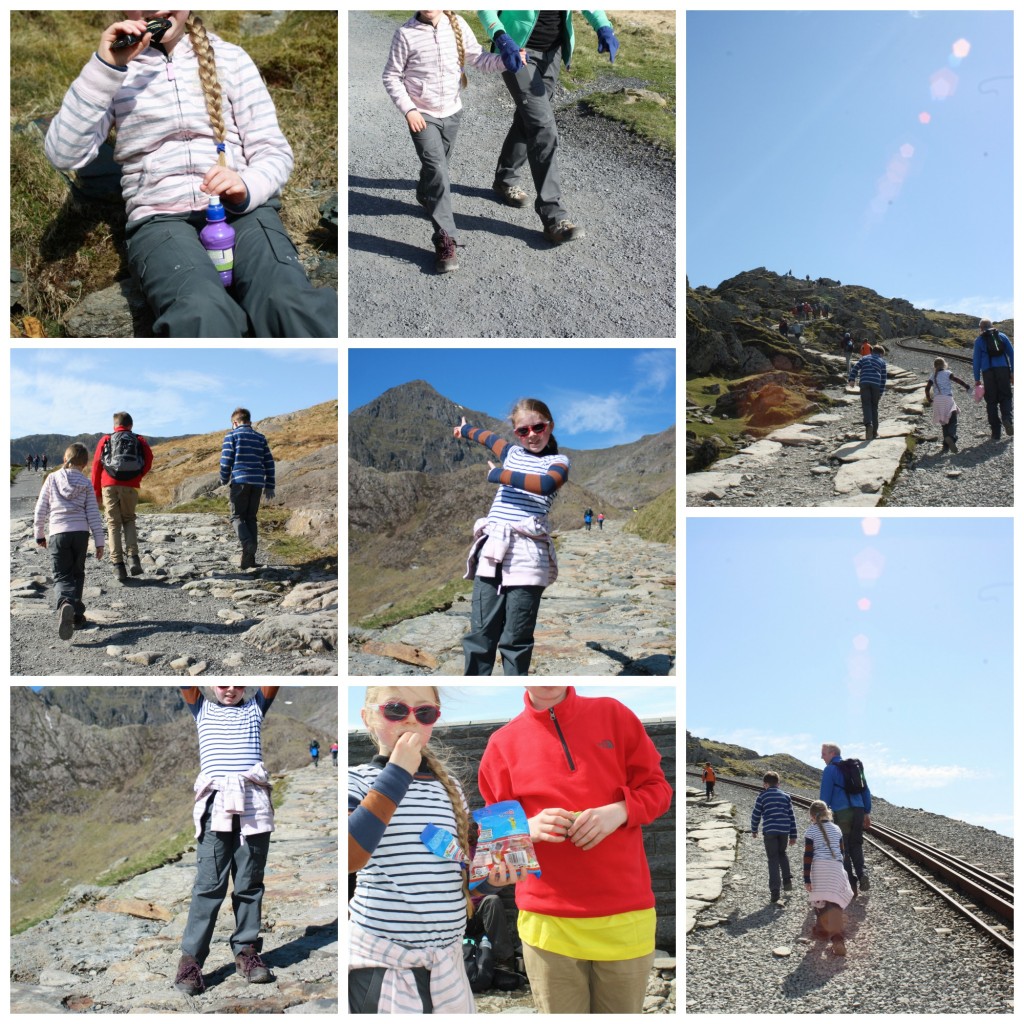 We didn’t buy anything special to wear on top – we just found suitable clothes from her existing wardrobe. Obviously Snowdon is a mountain and we went there in April, so the weather could have been doing literally anything. We were lucky that there was no possibility of rain, but we knew lots of layers would be important. She started with her thermal base layer, which we bought for watching the boys play rugby. She hates wearing it, but knows it does a good job in keeping her warm. Over that she wore a long-sleeved brown striped Tshirt from Next and a short-sleeved nautical striped Tshirt from Next. She topped the lot off with her pink Joules Royal Ballet hoodie. There was NOTHING fashionable about her appearance, but it served its purpose.

We were lucky that the weather was very hot when we walked the Cotswold Way, so no need for waterproofs or jumpers. She wore a short-sleeved H&M Tshirt we bought her from Amsterdam, with just a plain white long-sleeved Tshirt over the top to keep the sun and wind off. Even though it was hot, she kept her warm hiking socks on. The clothing certainly did its job as she completed both her walks very well.