(Apologies, my aim for this week was to work out how to get my photos smaller on WordPress, but it seems I don’t have the knack. Sometimes I can do it and sometimes I can’t, I’ll keep trying!)

Day 103 – Sunday 13th April – my younger son had yet another rugby tournament in Bristol, but I stayed at home for my eldest’s training. You know the hill we keep walking up? That’s it there in the background! Day 104 – Monday 14th April – one of the downsides of the school holidays is less opportunity to run! With a bit of solo parenting plus just having the kids at home, I went a whole eight days without running, so I had no qualms about running for a third consecutive day. My usual top was understandably not clean, so I went for this quirky one. 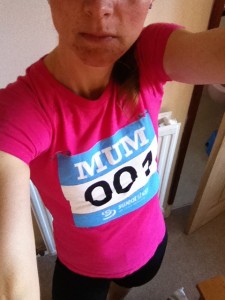 Day 105 – Tuesday 15th April – we travelled to the beautiful little town of Betws-y-Coed in Snowdonia, ready to climb Snowdon the next day. The kids spent some time playing in the river. 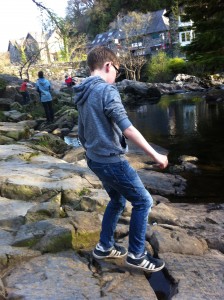 Day 106 – Wednesday 16th April – the day we’d been waiting for – we climbed Snowdon! It wasn’t easy (more on that in a few days), but it was beautiful and we felt a great sense of achievement. I love this photo of my younger son skimming stones by the lake on the way up. Day 107 – Thursday 17th April – we set off for home after another wander round the river in Betws-y-Coed. We left the river slightly earlier than planned after my daughter half fell in (I have no photos of this because I’m not cruel!). 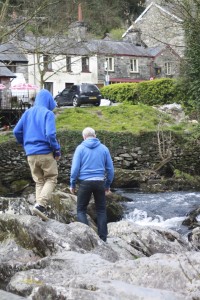 Day 108 – Friday 18th April – my two younger children got the opportunity to be part of the ‘Flying squad’ for our local football team – waving flags and welcoming players before the League 2 game. 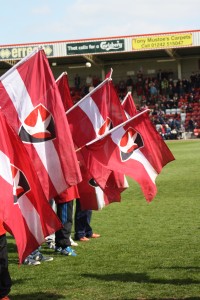 Day 109 – Saturday 19th April – as it’s Easter my son and husband had a week off football. We had a quiet day, so I just took some photos in the garden. I love this tulip – it’s the only one I have like it. 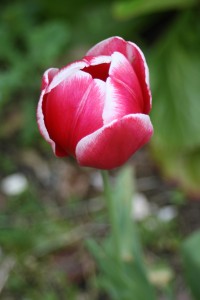 Linking up to Project 365 with TheBoyandMe. Pop over to see what others have been up to this week.