I live in Gloucestershire. Weather is always high on our agenda. Until this latest bout of horrific weather, Gloucestershire was pretty much the undisputed UK champion of bad weather. Or floods, at least.

I’m pleased to say that I don’t live in Tewkesbury, which pretty much floods every time it rains, but, living in Gloucestershire, I feel Tewkesbury’s pain and the people of Tewkesbury are never far from my thoughts.

I also work for the council and dealing with the threat of floods and the aftermath of floods is part of our remit (not to mention snow, ice, strong winds, heatwaves…). So I could pretty much write a book on weather.

Right now, I’m grateful that this time at least, Gloucestershire hasn’t been hit as hard. (Don’t get me wrong, there has been some flooding and the drive into Gloucester is quite spectacular – flooding as far as the eye can see.) My heart goes out to the people living in Somerset, the Thames Valley, Devon and Cornwall who have been so badly hit. I can’t imagine what it’s like to be trapped in my home by water, to have all my possessions destroyed, to see waves coming down the road, to actually fear for my life. Seeing a woman on the news transporting her chemical toilet on a canoe completely shocked me. I bet she never expected she would ever need to do that. Who would have thought mere weather could do all of those things?

I haven’t managed to take any photos of those spectacular floods in Gloucester – because I’m driving past them and I always hit traffic jams when I can’t get a good view of them. I don’t have any photos of the floods of 2007. But I have this photo – of when the weather meant we didn’t even have water coming out of our taps! This is my boys aged 6 and 3 collecting water from a bowser so that we could drink, cook and wash ourselves. 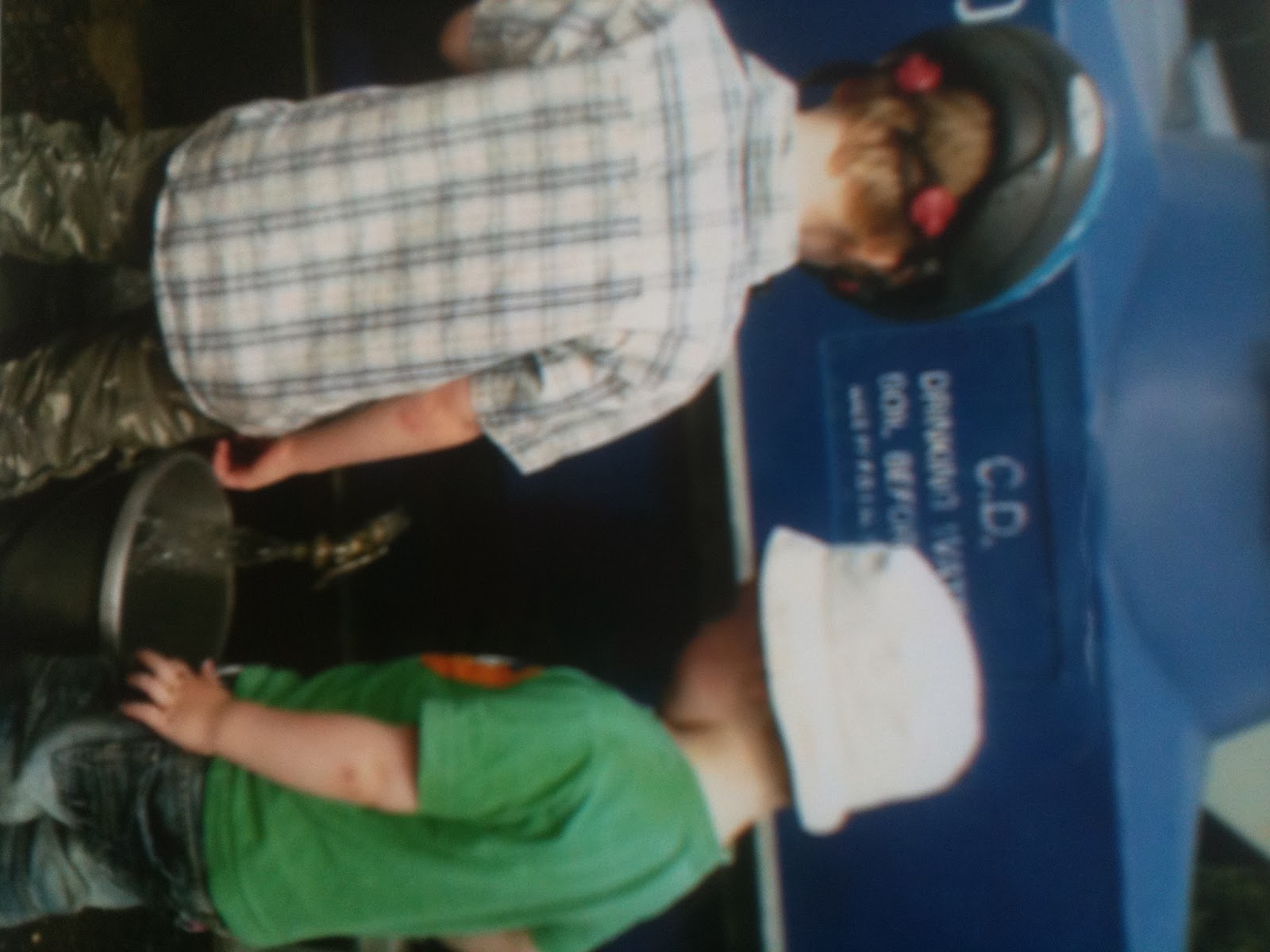 It rained non-stop for 14 hours and our school got flooded, as did the local swimming pool. The M5 was closed and people across Gloucestershire failed to get home from work. Once the rain stopped, we assumed everything would get back to normal. But instead a water treatment works in Tewkesbury flooded and large parts of Gloucestershire were without drinking water for over two weeks – and any water at all for over a week.

You can read my posts about the Gloucestershire floods of 2007, written on the five year anniversary here:

This post was written in response to a prompt on The Gallery at Sticky Fingers. Pop over to see how others have interpreted the theme ‘weather’.