A weekend to remember

Home » Family » A weekend to remember

I spent a lot of time earlier this year pondering my 40th birthday and how best to celebrate. I wanted it to be a day to remember. But how? A party? A weekend away? But when I heard the MAD Blog Awards was just two days before my birthday, things started to fall into place. I’d be in London! I love London. My daughter had been desperate to see Matilda (and so had I, to be honest), but it was hard to justify the cost. But if it was A BIRTHDAY TREAT that would be OK, wouldn’t it? So I would be in London for the MAD Blog Awards, my family would arrive the next day, we would watch Matilda and then we would go home. I would be at home for my birthday, which really is the best place to be.

The MAD Blog Awards was a great way to kick proceedings off. I enjoyed the party and meeting people and staying out late and dancing. It was great to see some of my favourite bloggers take home awards. I didn’t win one myself, but I never expected to. I was just excited to have got that far and to actually be there. I even enjoyed the solitude of a few hours on my own in a Premier Inn – with no washing to do, no kitchen to tidy, no clothes to pick up and no kids arguing.

I was excited to go and meet my family from the train the next day. I hadn’t gone much more than 24 hours without seeing them, but it was lovely to see their smiling faces again. Somehow we ended up in Trafalgar Square with them clambering on the lions (or trying to, the security guard was watching them). I told them how I was 9 when I first went to London – and nobody stopped you from climbing on the lions! I even remembered what I had worn that day. 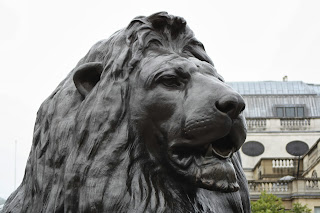 We had lunch in Leon (my choice!). The kids weren’t keen, but I was playing the birthday card. It’s not often Mummy gets to choose.

Matilda was amazing – beautiful and funny and cute and a brilliant story. I’d read it as a kid, but I couldn’t remember much about it other than Matilda was a very clever girl. I was glad I’d forgotten it. My daughter was entranced. She’d read it herself recently – the first big book she’d read all on her own. She knew ever detail of that story and she loved every second of it. All that dancing! All that singing! That amazing story! Those cute children! She was literally in heaven. The show made me emotional enough – a little girl whose parents don’t love her, what could be sadder? But my daughter’s reaction made me even more emotional. 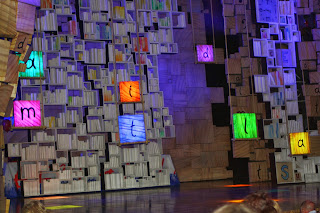 Now you know she now she wants to BE Matilda. She’s picked up lines and moves and songs. She is a sponge for that sort of thing. I’m going to have to spend the next year listening to how if only she could go to stage school she could be Matilda. And do you know what? I have no doubt she could be Matilda. But we live in Gloucestershire, not London, and she goes to state school and a couple of local dance schools. She will never be Matilda.

We caught the train home with bags of McDonalds. Classy, eh? I’d had an amazing couple of days and it wasn’t even my birthday!

When I got home, I couldn’t go in my own lounge. My presents were already set out for the morning. And they were worth waiting for! I had a brilliant fold-up bike and a new Superdry gilet. The room was decorated with silver 40 balloons and Pumba, official guardian of all things birthday in our house, had a 40 badge in his ear.

My mum had done me a lovely photo book of my life. And in it was a photo of me climbing the lions in Trafalgar Square age 9, and of me unwrapping Pumba at Christmas aged 20. Talk about the circle of life! 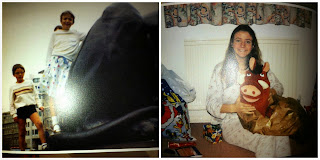 We went to Yo! Sushi for lunch – another of my choices and possibly the low point of the day. Rest assured I will not be wasting time and money taking the kids THERE again. My younger son, the none fussy one, liked the look of things, so grabbed them. Then wouldn’t even try them. The waitress assured us the orange juice had ‘no bits’ in it. It had bits. My daughter refused to drink it. This is in addition to refusing to eat anything.

When it’s your birthday it’s obligatory that you eat all day, right? So we went to Jamie’s Italian for tea, with my mum and dad, my brother and sister and their other halves and my lovely baby niece. The kids ate food and everyone had a lovely time.

Then my parents took the kids home and my husband and I went to the cinema to see About Time. It was a risk – I didn’t want to round my special day off with a rubbish film, but I was lucky. It wasn’t a rubbish film. It was a captivating and beautiful film and I loved every second of it. It was the perfect end to my brilliant day and my weekend to remember.

After all the pondering that had gone into my birthday, I think it was pretty much exactly what I wanted!