It’s a sign of the times, a sign that my kids are growing up. They no longer want to play. As we enter the third week of the school holidays I realised WE HAVEN’T YET BEEN TO THE PARK. This is unheard of. We used to spend half our lives at the park.

We’ve got two parks we go to – the one down the road is good for kicking a football round and there is a playground too. It’s also a good place to bump into someone from school because there’s often other families there. In the past, ‘Play Rangers’ came to our park once a week in the holidays with loads of ball games and even craft activities for kids of all ages. Lots of families spent the day there eating picnics, chatting and ignoring their kids, letting someone else supervise them (this is fairly close to my idea of hell). I don’t know if the Play Rangers are there this year or not, I haven’t bothered to check.

The other park is the main park in town and is a couple of miles away. There’s enough to do to while away the best part of the day. There’s a big playground (although it gets VERY crowded on a nice day), animals to look at, ducks to feed, trees to climb and, best of all, in my daughter’s opinion, an ice cream shop. 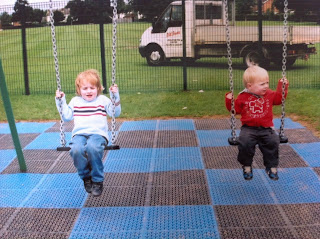 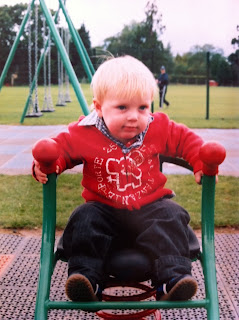 My beautiful boys enjoying the park way back in the day

A couple of years ago we went to the park EVERY DAY for the first couple of weeks of the holidays. It was fun at first, nice for the kids to get out in the fresh air and get active. But it got to the point where I thought there must be something more than this? By about 5th August I was moaning to the kids: ‘Do we have to go to the park every day? Is there nothing else we can do?’ I was sick to death of the park.

The park is free (apart from the damn ice cream shop, of course), which is good, but after going every day for two weeks, I’d had enough. I was desperate to do something else. Anything else.

And now here we are, two years on, and I kind of miss it. I don’t want to go every day, but I’d like to go sometimes. It’s great to see the kids happy, playing and running around. And it’s free. But the park is ‘boring’ to them now – the boys aren’t interested in playgrounds and even my daughter is getting a bit big for them. They don’t want to feed ducks and there are too many little ones around for them to be able to kick the ball as hard as they want.

So we’re having to think of something else to do. It seems to be swimming. I’ll be honest, I’m not a big fan of swimming. I don’t like being cold or wet and I don’t like the time taken to get changed before and after, not to mention the entire load of washing it produces in one go. But my daughter is determined to pass her level at swimming lessons and really wants to work on her breast stroke and my younger son has discovered a love of jumping off the 5 metre board. It’s pretty cheap too.

So, for now at least, it’s goodbye playing in the park, hello swimming pool.

I wrote this post in response to a prompt on The Gallery at Sticky Fingers. Pop on over to see how other people have interpreted the theme ‘play’.