The Sense of an Ending by Julian Barnes

Home » Book Reviews » The Sense of an Ending by Julian Barnes

I’ve read a few Julian Barnes books over the years (including one as a teenager, which was way too complicated for my young brain!), so I thought I’d give this one a go. Especially as it won the Booker Prize in 2011. That’s got to be good, hasn’t it?

It’s a simple story (and VERY short at just 150 pages) of a middle-aged man trying to piece together part of his past.

It starts in the 1970s with the man and his friends being typical clever teenage boys – trying to outdo each other and their teachers with their wit and intelligence. This part reminds me of Jonathan Coe’s The Rotters Club, Donna Tartt’s The Secret History and even Sebastian Faulks’ Engleby.

The central character, Tony, narrates the story and at times says that he thinks that’s how it happened, that’s certainly how he remembered it…

About a third of the book is devoted to Tony’s teenage years, then the story jumps forward to him as a retired, divorced man, suddenly forced to piece together his memories, which he realises are somewhat lacking.

This is a beautiful, moving and well-written story. If you’re afraid of literature, don’t be put off by the Booker Prize thing, it’s not heavy going at all.  It is an amazing read and I would advise anyone to give it a go. 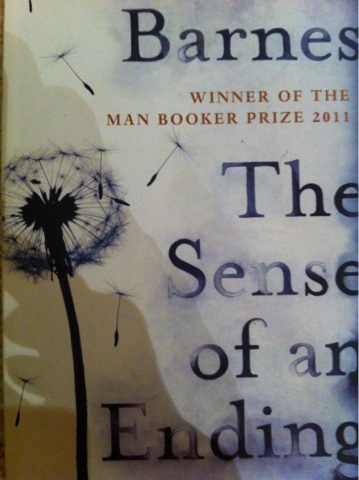