Behind the Scenes at the Museum by Kate Atkinson

I’m a big fan of Kate Atkinson’s Jackson Brodie novels – you can read a review here Behind the Scenes at the Museum came before the Jackson Brodie novels, in fact it was Kate Atkinson’s very first novel. It is different from the Brodie books. You wouldn’t know they were written by the same author, except that they are both brilliantly written and humorous in a sometimes dark way.

Behind the Scenes at the Museum is narrated by Ruby Lennox, a feisty little girl, the youngest of three sisters, growing up in the 1950s in a family without much love or attention. The story charts her life through to 1992. Ruby narrates the story right from her own conception, as she observes her family and the many mishaps they endure. Rather a lot of members of Ruby’s family die along the way.

Every other chapter goes back in time to Ruby’s grandmother’s childhood (we meet the grandmother as an old lady too – before she dies). Over the years, the family is touched by an awful lot of tragedy and an awful lot of very bad parenting by generations of women.

About three quarters of the way through, there is a big twist which had me blubbing like a baby. This explained much of Ruby’s peculiar behaviour and the reasons for her mother treating her so badly.

This is a brilliant book, easy to read and entertaining and I would recommend it to anyone (although I did keep a page folded for reference to help me remember all of the family members!). 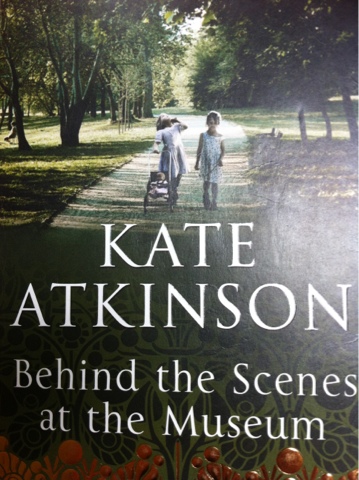