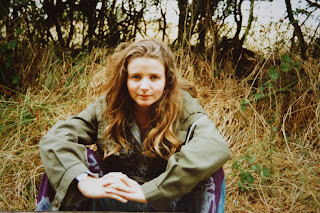 Actually, I didn’t have an attitude. My youthful attitude lasted for the duration of a week-long holiday in Devon at the age of 14.

In my youth, I had two ambitions for the future. I wanted a good job and kids. In my youthful optimism and naivety, I believed it was possible to have both.

I wanted to go to Oxford University. I was a clever kid (I know, hard to believe that now, but I really was) and clever kids went to Oxford. A teacher at school advised that he thought I would be better off studying more ‘modern’ subjects in a more ‘modern’ university. I believe this advice was genuine and not based on a belief that I wasn’t clever enough for Oxford.

I ended up on a course I wasn’t suited to in a university so ‘modern’ it was actually a poly when I joined (apologies to my younger readers, who have never heard of a poly – they are what second rate universities were called until the early 90s).

The youthful me came out of my crap university with a 2:1 in Broadcast Journalism. I wasn’t a journalist, I didn’t have the killer instinct. So my career ‘in the media’ never happened.

I became a career press officer. Career in the sense of being stuck in the same place forever rather than in the sense of climbing the ladder. The job I had at 25 which sounded like it was going places doesn’t sound so great at 39.

Because the grown up me found out something the youthful me didn’t know. You can’t have a good job AND kids.

But at least I got the kids.

This post was written in response to a prompt at Sticky Fingers. Pop over to see how other people have interpreted the theme ‘youth’.