The other day I shared with you my stress about an even busier than usual weekend I really wasn’t sure how I would cope with having so much to do in such a short space of time. So I think it’s only fair of me to let you know that the weekend went really well. I was so proud of my kids and their achievements. It really was worth every moment of stress and every mouthful of food eaten in a rush either very early or very late.

We started with my younger son’s star turn as Henry VIII in the class assembly about Henry VIII. The year 4 parents were sat at the back ready to watch, the rest of the school filed in to watch, the year 4 performers took their places in costume at the front of the hall. But someone was missing! The star of the show. In a hall of 400 kids I was amused to see my daughter twitching, looking this way and that, desperately searching for her big brother.

The assembly started and still he wasn’t there. It was a surprise This is Your Life for Henry VIII. ‘And we can cross over to him coming into the studio now’.

And there on the big screen was my boy, smiling, waving, laughing, sometimes being cruel and looking hilariously pompous. He was surrounded by boys in shades and dark jackets, girls came up to him and got flustered, kids took photos of him and he carried on walking and looking arrogant. The whole audience was laughing. It was brilliant.

He took his seat on the throne and stayed in arrogant, hilarious King Henry VIII mode throughout the assembly. All the kids did a great job, but I was so proud of my star of the show.

On Saturday, it was my girl’s turn, in her very first ballet show. Her ballet school only do shows about every three years, so she was lucky to be able to do one so near the start of her ballet career (she only started a year ago at the age of 6). The poor kid went straight from her new dance class at our original dance school to the show and didn’t go home again until she’d done two performances.

She did two dances with her class in each performance, which were both lovely. Although the dances were short, I could already see how far she’d come and how she was moving like a ballet dancer (although there was one particular hand movement which was 100% street – and I thought it looked good for that!). 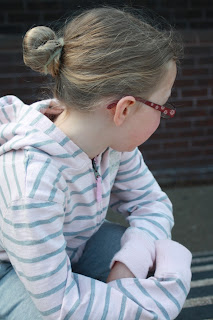 I’d always thought ballet a bit boring compared to street, but the teenage dancers were amazing – so strong and graceful and the dances really meant something. They told a story. Even my husband was impressed! I saw my daughter’s future right there on that stage. I hope that she’s still there for her next show in three years and she’s well on her way to being as amazing as those teenagers.

And finally on Sunday we had the St George’s Day parade, for Cubs, Scouts and Beavers. My boys had both been chosen as flag-bearers to reprents their Scout group – my younger son for Cubs, my eldest for Scouts. This was a real honour. I’ll admit, it sounds a bit boring, but for Cubs and Scouts, the flag is everything. My younger son is genuinely excited because he thinks it will be his turn to raise the flag and put it down again at their meeting in a few weeks. 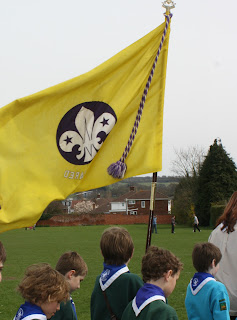 For me the most special part was seeing my two boys together. They could have been paired up with the Beaver from their group or with someone from another group. But they were together. Just like they always are. Being together is what makes my boys happy and that’s what makes me more proud of them than anything.