Autumn is my third favourite season. I love summer and warmth and light. I hate winter and cold and dark. Spring comes second because it’s getting warmer and lighter and autumn comes third because there’s still a bit of warmth and light left. And it’s not winter.

There’s a lot to be said for autumn. The residual summer warmth of September and early October are lovely and you can’t beat autumn colours. Even though the leaves are dying, what could be more beautiful than a tall, yellow tree against a blue sky? Especially if it’s next to a golden brown tree and a warm red tree. Or what about one of those trees that manages to have three or four colours all at once – green, yellow, brown and red? That is truly stunning.

Nature photography isn’t really my thing, but I dabble a bit. I’ve taken a few autumn shots this year, but I’ve used most of them up in my Center Parcs and Silent Sunday posts. I’m not going to short-change you by repeating a photo, so I’ve gone back in the archives a little bit. It turns out I took a few nice autumn photos last year. 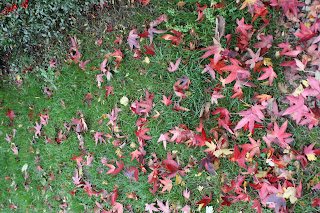 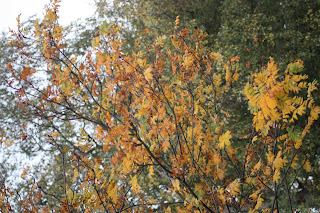 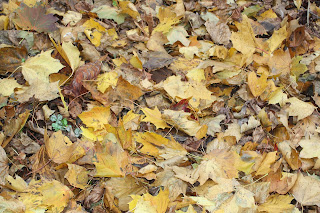 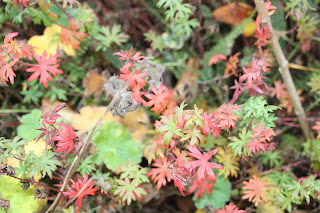 So autumn isn’t all bad. In September and October.

Then the clocks change.

Then it gets dark and cold and grey and wet. Well, it has done the last few days. I hate having the doors and windows shut, the curtains shut, the lights on and the heating on. There’s nothing beautiful about that, it’s just miserable.

Technically, November is autumn, but it’s way too horrible. As far as I’m concerned, November is WINTER. And the sooner it’s over (and December and January and February too), the better.

I wrote this post in response to a prompt on The Gallery over at Sticky Fingers. To see how others have interpreted the autumn theme, pop on over.