We started with dinosaurs when he was 7. This logically moved onto fossils, which was my favourite of his obsessions. From there he became obsessed with coins. Now he’s on Olympic and Paralympic souvenirs and geocaching.

So when we saw you could do geocaching at Center Parcs we thought it would be a lovely surprise to book it. The booking was for up to four people, so my husband said I should take the kids. While he went quad biking. Selfless.

Now my kids argue QUITE A LOT. And, yes, I admit it, I argue with them too. They’re not babies any more and if they’re wrong I’ll tell them. Loudly if necessary.

My sons are at an age where I try to give them responsibility and this activity was a treat for them anyway, so I put them in charge. The eldest had the paperwork and my younger son had the GPS and we set off.

‘We’re getting further away now, it must be the other way.’

‘We have to go through the forest.’

And so it went on. Walking backwards and forwards, through a muddy field and back again. Time was ticking on. My daughter was whimpering ‘Are we lost?’

No! We’re not lost, we know exactly where we are, we just can’t find the first clue. 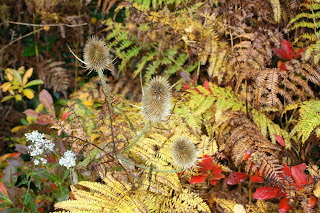 To put it into context, the clue was a mere 250m from where we’d started, we were covered in mud (not for the first time this year, my husband had considered it unnecessary to take wellies on holiday – why do I listen to him?), we were yelling at each other and I for one was thoroughly pissed off.

There was a poster on a fence. We were looking for a poster, but this wasn’t the right poster. We looked at it over and over. There are lots of activities at Center Parcs. This was from a different activity. We were on the point of giving up and heading for the next clue when another pair of geocachers came along and the tween boy pointed out that the key word on the poster, the word ‘GEOCACHE’ had been obscured by the frame. And there we’d been contemplating diving into brambles looking for the damn thing and arguing over some numbers written on a log.

‘But why else would numbers be written on a log?’

After that, I’m pleased to say things improved. I think it had a lot to do with me taking control of the GPS. There were no more muddy fields and not that many more arguments. But it was far from the best two hours of my life.

In case you’re wondering, my husband loved his quad biking. And his nice, quiet cup of coffee on his own.