When my family commits to something, we stick at it. Through thick and thin. And, as regular readers know, the main thing we commit to is sport – with a bit of Scouts, Cubs and Rainbows thrown in for good measure.

I missed one dance lesson last year. There are plenty of people in my class who miss about half of the lessons a term. I’ve thought really hard and I can’t remember my daughter EVER missing a street dance lesson in over two years. She’s only been doing ballet since Easter so of course she’s never missed that.

To quote her, she’s missed Rainbows: ‘Once in Reception when I was sick, once in Year 1 when I was sick and for B2’s birthday’. That’s dedication and commitment.

My husband the football coach has an issue with boys who don’t turn up for training because they’re going to a birthday party or they’ve got family friends coming over. But as I said to him, not everyone places the same importance on sport as we do and not everyone sees it as the commitment we do. For the majority of parents and childre it is something they do most of the time, but they’re not going to change their plans or stop living their lives for football training. 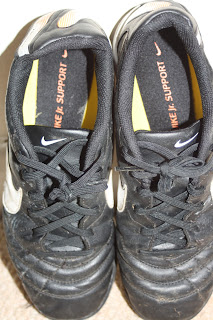 This week, controversially, my younger son is missing rugby for a birthday party. It’s one of his best friends, so I feel it’s the right thing to do. I wouldn’t be so keen for him to miss it if it was just someone from his class he wasn’t particularly close to who’d invited the whole class.

But where we think it’s generally wrong to say ‘I can’t come to football (or rugby or Scouts) I’m going to a birthday party’ I think most people would consider us mad to say ‘I can’t go to the party, I’ve got a rugby match’.