Bristol Zoo and the baby gorilla

These days, we don’t often have days out. The boys’ sport dominates our weekends and there is just no spare time. But with rugby finished for the season and it being Bank Holiday weekend, I was determined we would have a day out. But where to go?

Rather than put it to the vote and come up with five different ideas followed by an argument, my husband and I came up with a suggestion and put it to the kids on the morning of the day out. Bristol Zoo. And they were all happy. No-one disagreed. This is probably an all-time first.

We took my eldest to the zoo on his 1st birthday. He had no interest in the elephant or anything else we saw there, apart from the ordinary ducks like the ones in the park at home. The ones that had just moved in and weren’t actually part of the zoo at all. We’ve been to the zoo a few times over the years, but perhaps not for the last five years or so. Because it turns out that not only did my eldest and my daughter not remember the zoo, they didn’t even seem to know anything about zoos in general. Shocking. My daughter said she needed to wear a tracksuit because ‘that’s what you wear at safari places’. She hasn’t got a tracksuit, so had to make do with her jeans. (My younger son went to Bristol Zoo on a school trip last year so he was an expert on all the animals and the activities.)

When I rang my mum to say we were going to the zoo she said ‘You’re going to see the baby gorilla?’ Apparently there was a baby gorilla that had been on the front of the The Guardian the previous day (so no doubt lots of other papers) because it was learning to walk. Bank holiday + baby gorilla + no rain – it was going to be busy! And it was.

Bristol Zoo is not a massive zoo. It’s a very pleasant place to be in itself. Plus it has monkeys there. And penguins. And lions. And a baby gorilla. What more could you want on a day out?

We looked briefly at the flamingos (not very pink) before moving on to the lions. We could see them in the distance just lying there doing nothing. Then suddenly the big Daddy lion started moving – and he was heading our way! Cameras were out and everyone started getting very excited and snapping away. Then he backed up to the bars of his cage and shot a great wee at the crowd. Or he marked his territory, whichever way you want to look at it. People screamed and staggered backwards and rapidly moved on to look at something else.

The boys and I went into the dark bit to look at the nocturnal animals, but my daughter didn’t fancy the dark. It was interesting, but, being dark, you couldn’t see a lot, apart from a bit of movement. There was an interesting display on house mice though – about how they live their whole lives within a few metres of where they sleep and are entirely reliant on humans for their food. Oh dear, sounds familiar…

We had lunch on the grass, surrounded by babies and toddlers (and, surprisingly, with no complaints from my eldest about this being ‘a place for babies’ which I was expecting) and my younger son continually rolled down the grass while he was eating.

Then we headed for the gorillas. The gorilla house was too smelly for my sensitive little girl, so it was just me and the boys again. There should have been six gorillas – the Daddy, two Mummies and three teenagers – plus the baby, but only the Daddy was there. He is truly magnificent, absolutely huge and a rather refined silver colour. He sat minding his own business, not caring about the people gawping at him. We went outside to search for the remaining gorillas, but they weren’t there.

Then suddenly word got out – the baby gorilla was there! We dashed back in, my daughter even managed to overcome her disgust at the smell, and there, in a doorway, the baby gorilla was just visible, cradled in his mother’s arms. It was a beautiful sight. We craned our necks as people crowded in behind us, desperate to see the famous baby gorilla. Then Mummy started moving, with baby clinging tightly to her leg as she walked. It was an amazing (and every cute) sight. And they came to rest just in front of us. We had the best seats, well, standing position, in the house. The mum sat down and the baby clambered around and we all watched in awe. I could have stood there all day.

My eldest brought us back down to earth though, reminding us that we should move and let other people get a look.

I took a couple of photos, but a black gorilla against a white background, with light behind, through glass, is not the easiest thing to photograph. You can just make out his shape, though.

There’s one of those high-wire obstacle courses at the zoo. I don’t know what the generic term is, but this one is called ‘Zooropia’. Since we’d arrived, my younger son had gone on and on about wanting to have a go. Yes, this is the same boy who was afraid of Tower Bridge, escalators and high shopping centres a few weeks ago. It was for ages 5 and over, but my daughter said she didn’t want to go on it. Much to my relief, having witnessed a small child stuck and screaming incessantly loud enough for the entire zoo to hear. Ten minutes after the boys had joined the queue, she changed her mind.

My younger son set off hesitantly up the first obstacle, with my husband following underneath as I waited for my daughter to take her first tentative steps. And say ‘I can’t do it!’ for the first time. I’d like to say her biggest brother behind her was encouraging. But he wasn’t. He was horrible.

So I encouraged my daughter and my husband encouraged my son. Then we swapped places. My son seemed to be doing very well. ‘Are you OK?’ I asked him. ‘No’ was his honest reply. Bless him, he was terrified, but he carried on without fuss.

Every time my daughter got to a new obstacle she said ‘I can’t do it’. Sometimes she cried. And then she did it. I was very impressed. It was harder for her with her little legs and arms – she had to stretch that much further, but she carried on. She had an instructor helping her for a while, then she set off on her own again. The whole time she had one of us underneath her shouting encouragement – and her brother behind her being horrible, which didn’t help at all.

And then the final zip wire. She slid down, landed awkwardly in the bark stuff and it got all inside her knickers. She burst into tears one final time and we set off for home.

The first thing my younger son said to me this morning was ‘Can we go to Bristol Zoo again today?’. 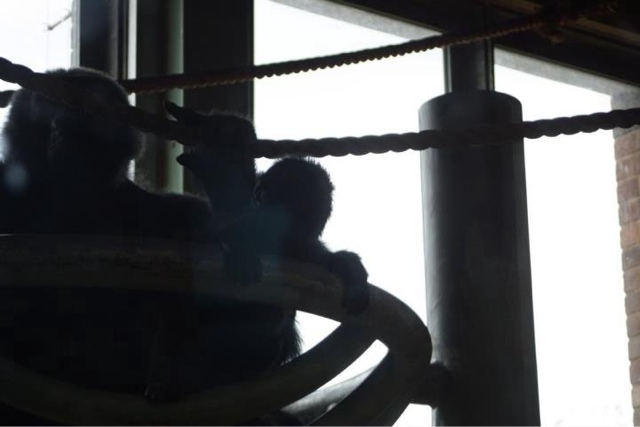 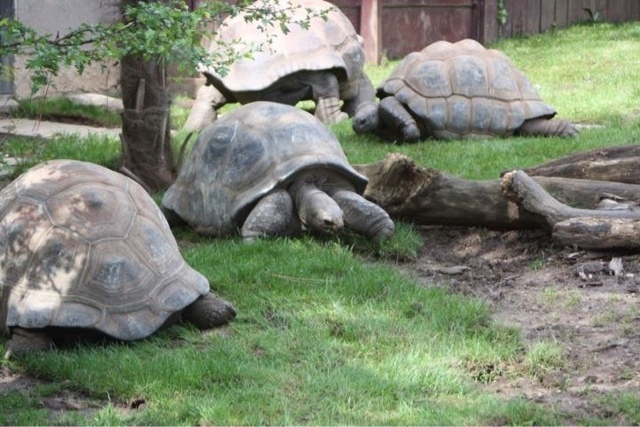 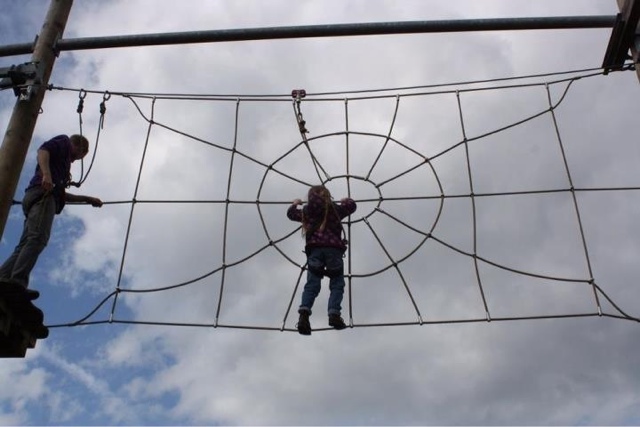