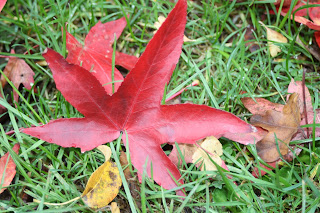 Could this be the best autumn EVER?

On a personal note, it hasn’t been great, what with the threat of redundancy and a couple of other niggles hanging over me. But weather-wise, it has been second to none.

I hate winter. I hate dark. I hate cold. (Although I do love snow and all the disruption and excitement it causes.) So as far as I’m concerned, the longer the winter holds off, the better. Because it’s one step closer to spring.

I’m not one of those people that loves to shut the curtains, whack the heating up to 28 degrees and sit huddled on the sofa in a blanket. I’m a windows and door open, fresh air and natural light kind of person. Without it, I kind of droop a bit.

After our ridiculously crap summer, and with the trees all turning in August and talk of snow in OCTOBER, I felt quite down. Because I remember last year.

I HATED last winter. It started so damn early. This time last year it had already been snowing. Not in my garden, but elsewhere in the county. By the middle of December it already felt like winter had been here forever. Thick snow on the ground, temperatures of minus 17 and my girl with a chest infection that lasted from mid-December through to Christmas day and beyond. I felt trapped. I wanted to run away from it all because there was no end in sight. I couldn’t take another two months of it.

But look at this! Mid-November and daytime temperatures of between 15 and 17 degrees. I am sat in my Tshirt writing this with the window open. It’s about as warm as it usually is when I’m on holiday in Padstow in August. But in Padstow the sun doesn’t often shine.

When it was 30 degrees on 2nd October, the snow looked somewhat unlikely. And it still does.

And those trees that started turning in August stopped turning when the weather got hot again, well, hot for the first time since April. They’re only properly turning now and the autumn colours are fabulous.

Because it hasn’t been cold, even the dark nights haven’t really bothered me. And it’s only a month until the shortest day! We’re on our way to spring before winter has even arrived.

And that is why it is simply the Best. Autumn. Ever.